Home » Articles » What is a Raspberry Pi? 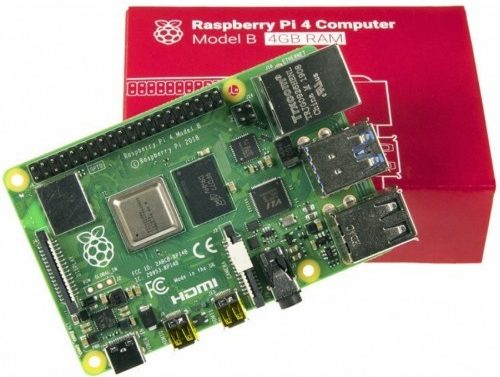 What is a Raspberry Pi and why do we need to talk about it here?! The main reason for this article is to educate many users and readers about hardware technology used in many projects today. Some of those projects we’ll have a tutorial about how to build your own server for IRC and for other smaller projects as we go along in our articles.

The Raspberry Pi is a low cost, credit-card sized computer that plugs into a computer monitor or TV, and uses a standard keyboard and mouse. It is a capable little device that enables people of all ages to explore computing, and to learn how to program in languages like Scratch and Python. It’s capable of doing everything you’d expect a desktop computer to do, from browsing the internet and playing high-definition video, to making spreadsheets, word-processing, and playing games, used also as a server in many projects and as a tv box with kodi.

It started off as a project for education and later went on as a hobby for many ages from children in schools and educators and teachers as up to adults and all ages and lifestyles. What’s more, the Raspberry Pi has the ability to interact with the outside world and has been used in a wide array of digital maker projects, from music machines and parent detectors to weather stations and tweeting birdhouses with infra-red cameras. The Raspberry Pi is being used by kids all over the world to learn to program and understand how computers work. Selling outside its target market for uses such as robotics. It now is widely used even in research projects, such as for weather monitoring because of its low cost and portability. It does not include peripherals (such as keyboards and mice) or cases. However, some accessories have been included in several official and unofficial bundles.

After the release of the second board type, the Raspberry Pi Foundation set up a new entity, named Raspberry Pi Trading, and installed Eben Upton as CEO, with the responsibility of developing technology. The Foundation was rededicated as an educational charity for promoting the teaching of basic computer science in schools and developing countries. The Raspberry Pi is one of the best-selling British computers. As of December 2019, more than thirty million boards have been sold. Most Pis are made in a Sony factory in Pencoed, Wales, while others are made in China and Japan.

Here are a few good videos for the Raspberry Pi 4 introduction:

Now that you got a taste of what is Raspberry Pi, we will focus of course on the latest Pi 4, where we will give you some details and where to buy. After which we will tell you a few good things on what types of operating systems you can choose from and how to install. Following some of our articles, we will give you a series of parts on different how-to’s.

A list of a few specifications of the Raspberry Pi 4 Model B:

For more details go to the official website here.

Imagine the possibilities you can have and the sky is unlimited.

Best places are almost everywhere in online stores. Here is from Amazon.De Germany and from Amazon.Co.Uk The choice is yours to pick up the right Raspberry Pi for your projects.

Here is what I recommend and what’s best to get for a beginner:

You can choose also the 8GB ram edition but here I use the 4GB edition here.

Get a case and in my case, I use Geekpi here. This comes also with some heatsinks for better temperature and a fan.

All good and don’t forget you need an adaptor to go with it here. This comes with a switch on the cable.

A MicroSD from a range between 16GB – 128GB depending on your need for space. Buy a few if your budget allows you too, it’s for you to make an easy change on your operating system and whatever project you are on always use a microSDHC and it must be a Class 10 A1 and above for this to properly work and not just any microSD. The best results are these ranges here.

Last but not least your cable HDMI to the Mini HDMI here.

You can also choose a range of Starter Kits from here. There are many additions and accessories.

There are many more videos on YouTube about how to find an operating system even for how-to’s for a variety of projects. I hope you liked our introduction to Raspberry Pi. The next article we’ll dedicate to inspire you a bit more on How-To Install Ubuntu Server 20.04 on a Raspberry Pi 4 4GB. Comment down below and let us know what you think!

Let me know if this article has helped you!


Use Win+. for Emojis and Ctrl+K for Colors.


To be able to use our full chat, go to this page CyIRC Chat.